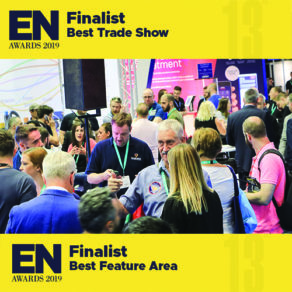 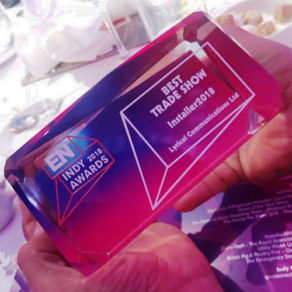 Installer2018 has been named Best Trade Show by the EN Indy Awards, a brand new awards scheme dedicated to recognising the achievements of independently organised shows.

The competition was tough, but the expert panel of judges were impressed that the Installer Shows had established themselves as must-attend events for heating and plumbing engineers, and revitalised trade shows in the industry.

Launched in May 2015, the Installer Shows feature more than 100 leading manufacturers who showcase everything from boilers to showers (and pretty much every product in between).

The events give engineers the chance to get hands-on with the latest products on the market – plus get involved with the huge selection of giveaways, special offers, and interactive games and challenges that test knowledge, ability, skill and are great fun.

“The independent research we do after all of our shows proves that we stage excellent events that visitors want to go to because they get so much out of the experience.

“We’re a tight-knit but effective team that work on both the magazine and our trade shows, and I couldn’t be happier that all of our hard work has been recognised and rewarded.

“This is a huge achievement, not only for us but for all our exhibitors, who have contributed so much to this success.  I can’t wait to see everyone at the Ricoh for Installer2019 in May.”

Installer2019 is staged at the Ricoh Arena from the 7-9 May. Installers will be able to get their free tickets when registration goes live in December, from www.installershow.com.

If you’re interested in exhibiting at Installer2019, please phone Richie Martin on 01722 585850 or email rmartin@installermagazine.co.uk.