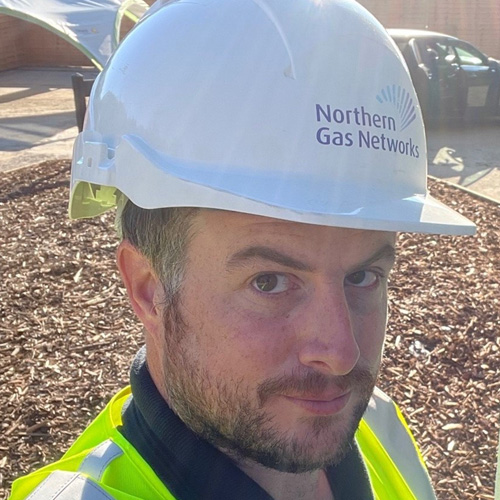 David works for Northern Gas Networks as part of the H21 project which is a suite of projects carrying out the vital research to prove that the gas network can safety transport hydrogen in the future. In addition, David is the project lead for the Hydrogen Homes first-hand experience of installing, testing and purging hydrogen gas appliances and pipework as well as supporting the wider business’s other hydrogen projects.

David began his career in the gas industry over 20 years ago as an apprentice engineer and has held various roles including as an engineer in the Gas Distribution National Control Centre (DNCC), as an engineer for British Gas and as the Technical Manager and incident investigator for Gas Safe Register.

David is a Chartered Engineer and Vice President of the Institution of Gas Engineers and Managers (IGEM) and holds a Master’s Degree in Gas Engineering. In his roles he has contributed to, and sits on numerous, industry standard committees, panels and working groups as well as the Council and Executive Board of IGEM.