Mark was nominated for the fantastic work he does for his local community and his passion for raising standards in the industry.

When he’s not working as an installer, Mark volunteers for many good causes in his local community, including working to protect vulnerable people in court and helping families in financial difficulties.

His community spirit was epitomised when he worked all night to clear a flooded subway for children and parents at Weston Mill Primary School in Plymouth. Nobody had been able to use the subway because the local council hadn’t sorted the problem, so Mark volunteered his time for free, working for over 12 hours to clear the path. 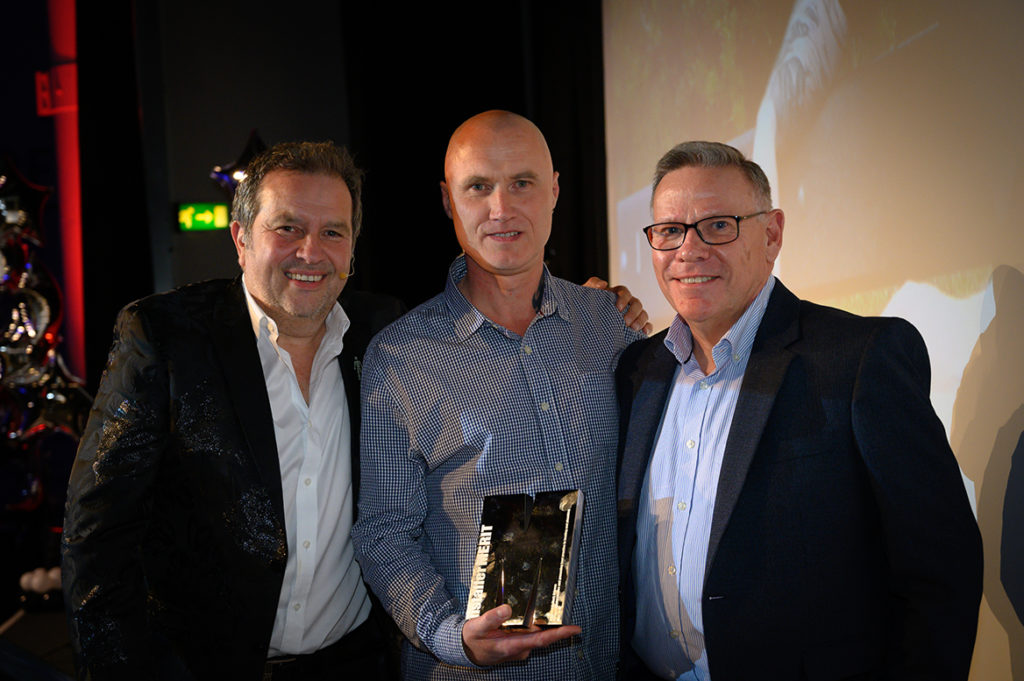 “I saw a post from a friend on Facebook that the subway had been flooded for a week,” said Mark. “I thought, if I don’t clear it, nobody will, and it’s a nasty road that the kids were having to cross on their way to school.

“I had the equipment in the van, so I just got on with it. I have a small submersible pump and it did the job, even if it wasn’t as quick as I would have liked.”

Draining some 36,480 litres of water was always going to take a fair amount of time, but it wasn’t a straightforward job. Mark even asked for a bit of help and got turned down.

“By 10:30pm I’d drained a fair bit at one end, but the water was coming back in because of the retaining walls, so I knew it would take longer than I first thought.

“Above the subway there’s a fire station, so I asked if I could use one of their big pumps. They said I couldn’t because it wasn’t an emergency and they didn’t want to get their pumps dirty, which annoyed me a bit.

“By 1am I’d done one end but that was no good because people still wouldn’t have been able to use the underpass. If I’d stopped then it would have been a waste of time. But by 7am it was all clear and ready for the school run.”

InstallerMERIT is made possible through the generous support of our sponsors- ADEY, Mira Showers, Wavin, Wilo and Worcester Bosch.