InstallerMERIT awarded to Hattie Hasan – Founder of Stopcocks Women Plumbers
FOR PROMOTING DIVERSITY AND THE ROLE OF WOMEN IN THE INDUSTRY.

Hattie founded Stopcocks because 30 years ago she found it difficult to be taken seriously.

“I did what everybody does when they want to be a plumber; I contacted all the companies and asked for a job. I wrote and heard nothing, so I phoned and they asked, ‘who are you ringing up for, is it your son or husband?’, and when I said I was calling for myself they said they had no places.

“I thought, I’ve got to earn a living, I’d better employ myself. Every woman we speak to now, when they are training, say they love it but they find it as difficult to get a placement as I did, nearly 30 years on.” 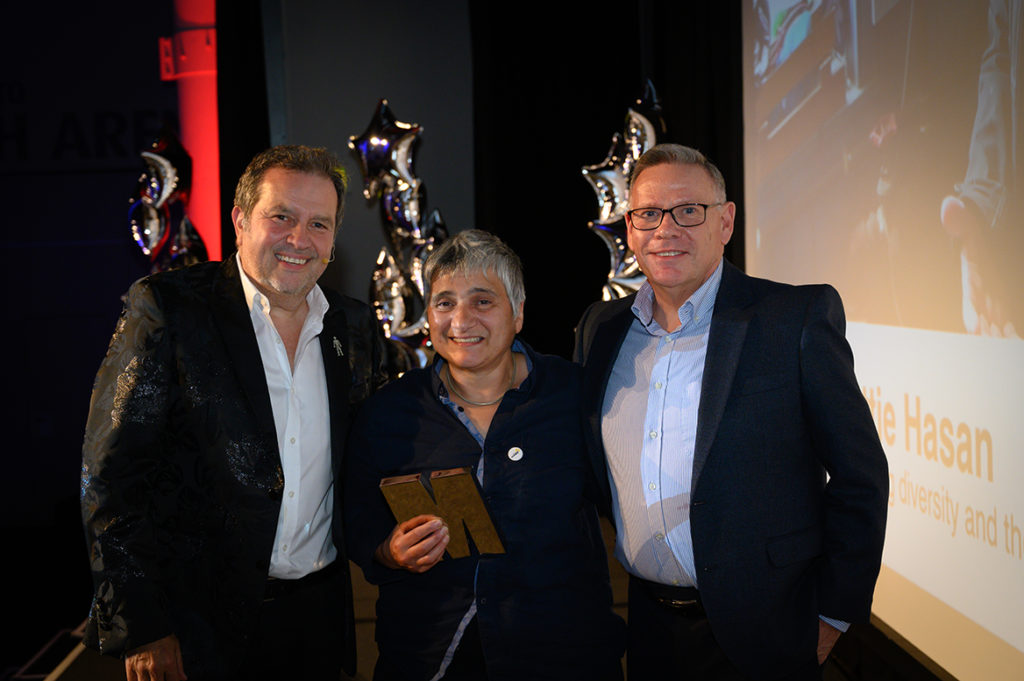 Mica May, Stopcocks Director, said: “When she stood in front of a couple of hundred entrepreneurs and said I’m going to build an army of women plumbers she had no clue what it was going to involve. But she just takes those challenges and makes something happen. She’s just so determined.

“There is a different approach, women do it differently to men, not better, not worse just differently, and it’s good to talk to someone with a similar approach.

“I guess because she’s put herself out there for people to see, that has made a massive different to people she’ll never even meet.” Jade Adams, the latest Stopcocks’ franchisee said: “The team work that’s behind it means that you are not on your own. It’s a community and instead of going at it alone you can be part of a community, supporting each other.

“When you consider how it was back in the day when Hattie started, yes it’s quite admirable.”

Let’s give the final word to Hattie: “I come from an education background and I moved into this trade where I noticed problems, and I’m a problem solver. If I don’t do it, I will have missed a huge opportunity.”

InstallerMERIT is made possible through the generous support of our sponsors- ADEY, Mira Showers, Wavin, Wilo and Worcester Bosch.