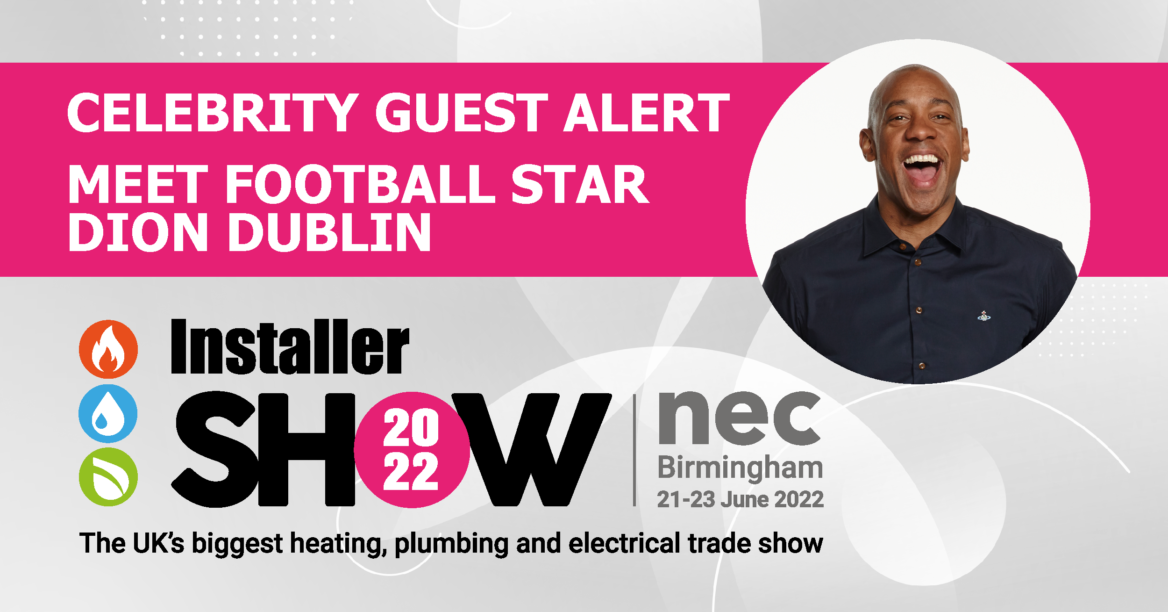 Dion impressed fans with his talents as a centre-forward and Striker for Aston Villa and Manchester United. Having also been capped four times for England, Dion solidified his reputation as a talented footballer and earned further contracts with teams such as Millwall, Leicester City, Coventry City and Celtic. Having since retired from playing football, Dion has focussed his attention on TV presenting. With a credible career as a footballer and presenter behind him, Dion is now a popular choice as an after-dinner speaker or host for a variety of events.

Registration for InstallerSHOW is now live. Join us at the NEC in June for the UK’s biggest heating, plumbing and electrical trade show > https://installer-2022.reg.buzz/