The winner of the Heating Installer Awards 2019 is… 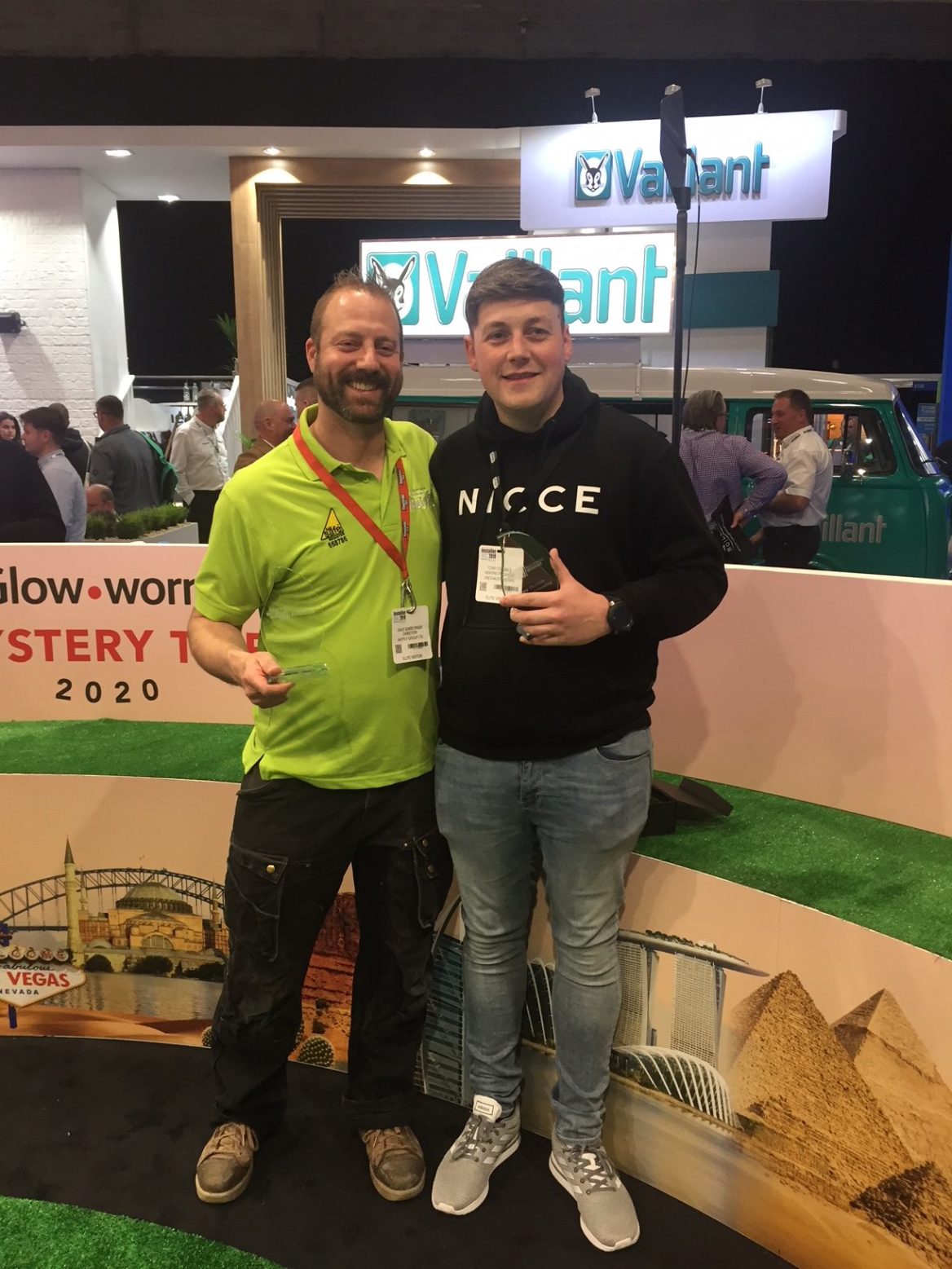 Following hundreds of entries, a judging day where a panel of industry experts whittled down the entries, a peer-reviewed technical challenge and a huge public vote, the winner of the Heating Installer Awards 2019 has been decided.

Tony Dumble of Unequaled Heating was announced as the national winner during a presentation at industry trade show, Installer2019, on 8th May 2019. Representing the South East, Tony impressed the judges and the public with flawless craftsmanship, smart problem-solving and high attention to detail. Tony was closely followed by the national runner up, Grant Gundelfinger of Mayfly Group Ltd from Yorkshire.

Sponsored by Danfoss, Geberit, Glow-worm, Polypipe and Stelrad, and supported by media partner Installer Magazine, the annual awards scheme celebrates the achievements and raises the credibility of plumbers and heating installers who deliver top quality work and excellent customer service on a daily basis, showcasing the superstars of the industry who often go unnoticed. In addition to industry-wide recognition, Tony scooped amazing prizes at both the national and regional stages of the competition, including an Apple watch, a Dash Cam and a money-can’t-buy trip to the Danfoss HQ in Denmark. Previous winners have also noted a significant increase in business after their award win, meaning that Tony can now look forward to a busy few months.

Speaking of his accomplishment, Tony said: “It has been a tough competition this year and I’m absolutely over the moon to have won. There is so much out there now, so much good quality work, so to be recognised for mine is fantastic. I’ve been chatting to some of my colleagues about the Danfoss trip and that’s a prize I’m definitely looking forward to!”

Runner up, Grant Gundlefinger said: “I’m chuffed to have won for Yorkshire, I’m still blown away by that so to now be runner up in the UK is brilliant. It’s hard to express what it means, when you’re up against such professionals it’s really an honour to get this recognition. To be announced as the runner up really gives me the confidence to say yes, I belong.”

The Heating Installer Awards 2020 will open for entries later this year with exciting developments set to be announced soon. For further information and to register interest for next year’s awards, please visit www.heatinginstallerawards.co.uk, follow us on Twitter @HIAwards, Instagram @heatinginstallerawards and Facebook @HeatingInstallerAwards, and keep an eye on the hash tag #TurnUpTheHeat.